This is post is intended to (eventually) be a proposal for Manifold’s on-chain voting regime. This analysis compares the traditional quorum based voting systems to alternatives.

This document is to be revised, it is unfinished (both in content and in prose!). I am posting this here so that members of the community can better participate if they so wish.

This is meant to be informative and not a formal proposal. In part, we would like to put effort into better aligning governance procedures with the larger community.

Describing the apparatus that governance entails and covers, this is an ‘abstraction’

Components of an Institution, its Constitution and Technological Infrastructure/Tools 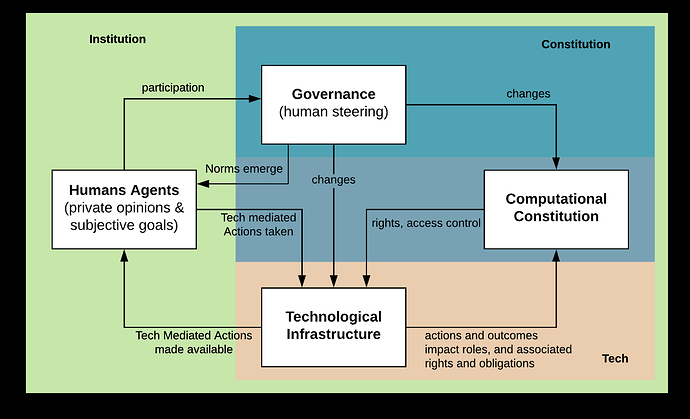 We use the term “pattern” meaning relevant to our protocol, and “anti-pattern” to represent a more subjective interpretation or one that is hard to automate to determine should it be included or not.

Additionally, you should include clearly defined, unbiased For and Against options along with a poll to gauge sentiment.

In this method, points are assigned to candidates based on their ranking; 1 point for last choice, 2 points for second-to-last choice, and so on. The point values for all ballots are totaled, and the candidate with the largest point total is the winner.

Borda count is sometimes described as a consensus-based voting system, since it can sometimes choose a more broadly acceptable option over the one with majority support. Borda Count violates the Majority Criterion which also means it automatically violates the Condorcet Criterion as well. [Lipman, David Voting Theory]

Pros vs. Cons of a Borda Voting System